The Hotel 31 is situated on East 31st Street, between Lexington and Park Avenues. The hotel is a good value in an upscale Midtown Manhattan neighborhood. The Hotel 31 reflects the eclectic, cosmopolitan personality of New York City. All 100 rooms in ... more

The Hotel 31 is situated on East 31st Street, between Lexington and Park Avenues. The hotel is a good value in an upscale Midtown Manhattan neighborhood. The Hotel 31 reflects the eclectic, cosmopolitan personality of New York City. All 100 rooms in the eight story building have their own unique decorative design. The hotel's accommodations are stylish, comfortable and priced affordably. For those on a budget, the Hotel 31 does have economical guest rooms with shared bath facilities. Others may prefer guest rooms with a private bathroom, also competitively priced. All of the guests will be delighted with the warmth and graciousness our staff. Come enjoy the relaxing atmosphere at Hotel 31. The Hotel 31 is convenient to many area dining, shopping and entertainment venues.

The size of my single room was decent, the bathroom close & clean, and while I looked onto a brick wall as others have mentioned, this meant never being awoken by the sun. One minor but annoying note: the shower tub is narrow enough that you're essentially in-contact with the shower curtain during much of your shower, just FYI.

It's typical sky-high NY pricing, but reasonable within that bubble. I'd certainly consider staying again and my only suggestions to management would be to include additional hangers for clothes in the room and supply a robe & slippers (as similar properties have done) to get to & from the shower. The small towels don't cut it for those who are modest!
« less

Restaurants in area. Room was dark but no street noise and slept well. Old but like the history and well kept
« less 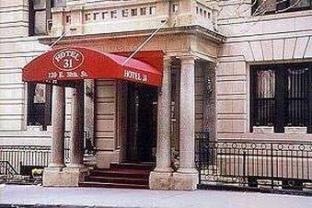 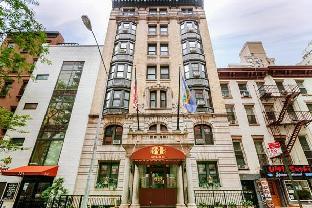 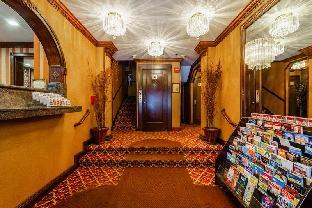 Hotel 31 is located in the Garment District neighborhood of Manhattan. Although it hardly takes up one square mile, this small district, anchored by the Jacob Javits Center at the extreme west, the General Post Office, Penn Station, and Madison Square Garden in the center, and the Empire State Building in the east, has an extraordinary concentration of industry. The lobby of the Empire State Building is well worth wandering around, with phenomenal 1930s-style murals and wall art reflecting the power of the Empire State of yesteryear. Similarly, the General Post Office, which eventually will be transformed into Moynihan Station, has an extraordinary interior and was designed by the famous firm of McKim, Mead & White.

While New York’s days as the textile-manufacturing capital of America may be over, it remains the fashion capital for designers, couture houses and showrooms. The 7th on Sixth Fashion Week long-held in Bryant Park has turned into, simply, Fashion Week, one of the largest of the global Fashion Weeks that have become annual lightning rods for the latest in apparel and design.

Although rapid globalization from the 1960s to the 1980s saw a tremendous movement to offshore production facilities, there are indeed still many sweatshops in New York churning out clothes, some in the Garment District, some scattered around Chinatown and other locations. Indeed, the history of the International Ladies Garment Workers Union and labor activism stems from the horrible 1911 fire at the Triangle Shirtwaist Company in Manhattan’s Greenwich Village, when 146 garment workers died. In recent years, there has been intense scrutiny of the industry, and the US Labor Department has been continually investigating suspect business practices. Meanwhile, the strong economy has given to new vitality to avant-garde couture as in few periods before.